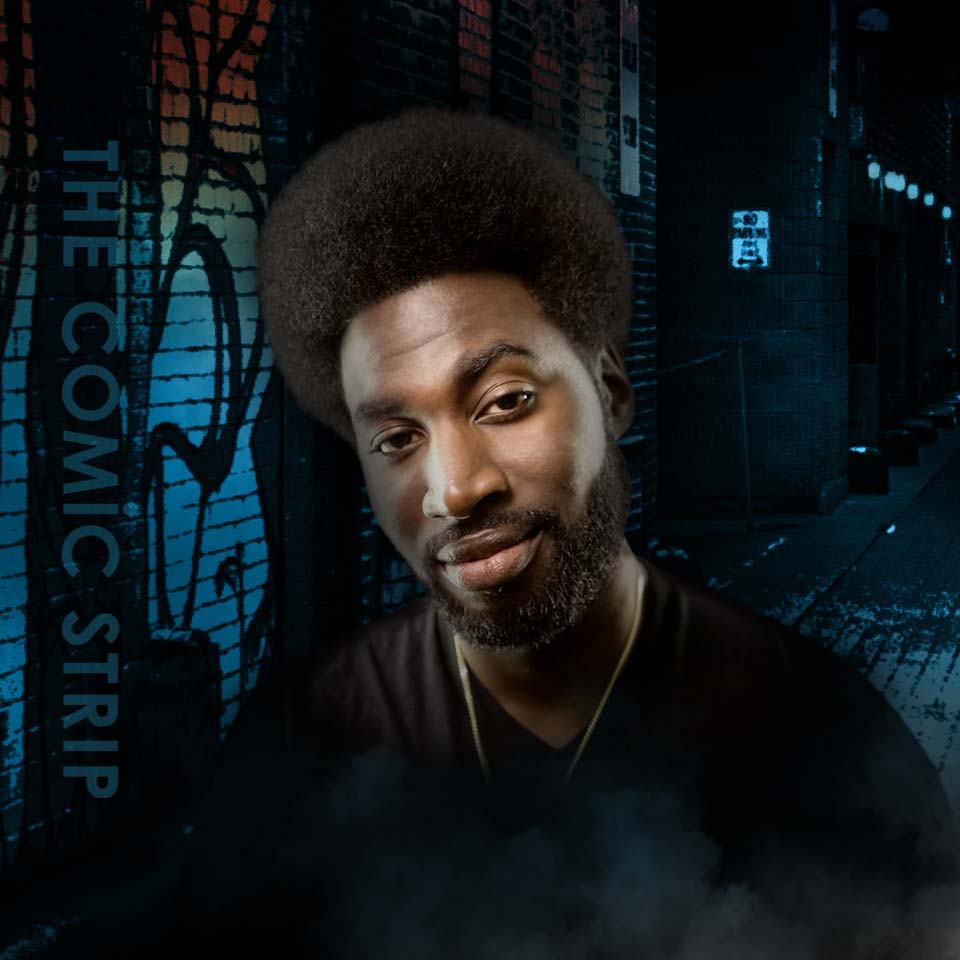 (There is a 2 item min in the showroom)

Often described as a high-energy performer and a crowd favorite Sterling Scott has become one of comedy’s rising stars.

Sterling’s material stems from his experiences with relationships, family, being a father, current events, his out look on life and the world, and those awkward moments that people from all walks of life can relate to. Sterling has traveled all across Canada the U.S. and even over seas with notable performances as a finalist in the San Francisco International Comedy Competition in 2013, winner of the Edmonton International Comedy Festival "Young Guns" competition 2013, finalist in the Seattle International Comedy Competition 2014, performing for the troops in Kuwait, Iraq and Afghanistan, and Dubai, and the Just for Laughs Festival in Montreal. As a writer and actor Sterling has worked on season twenty of the Canadian comedy television show “This Hour has 22 minutes".

Sterling was born in Scarborough Ontario and now currently resides in Edmonton Alberta. Raised in a single parent family with five brothers and sisters, with a mother born in Trinidad and Tobago who had to raise her kids in Canada stand up comedy is not only natural to Sterling, It’s a way of life!