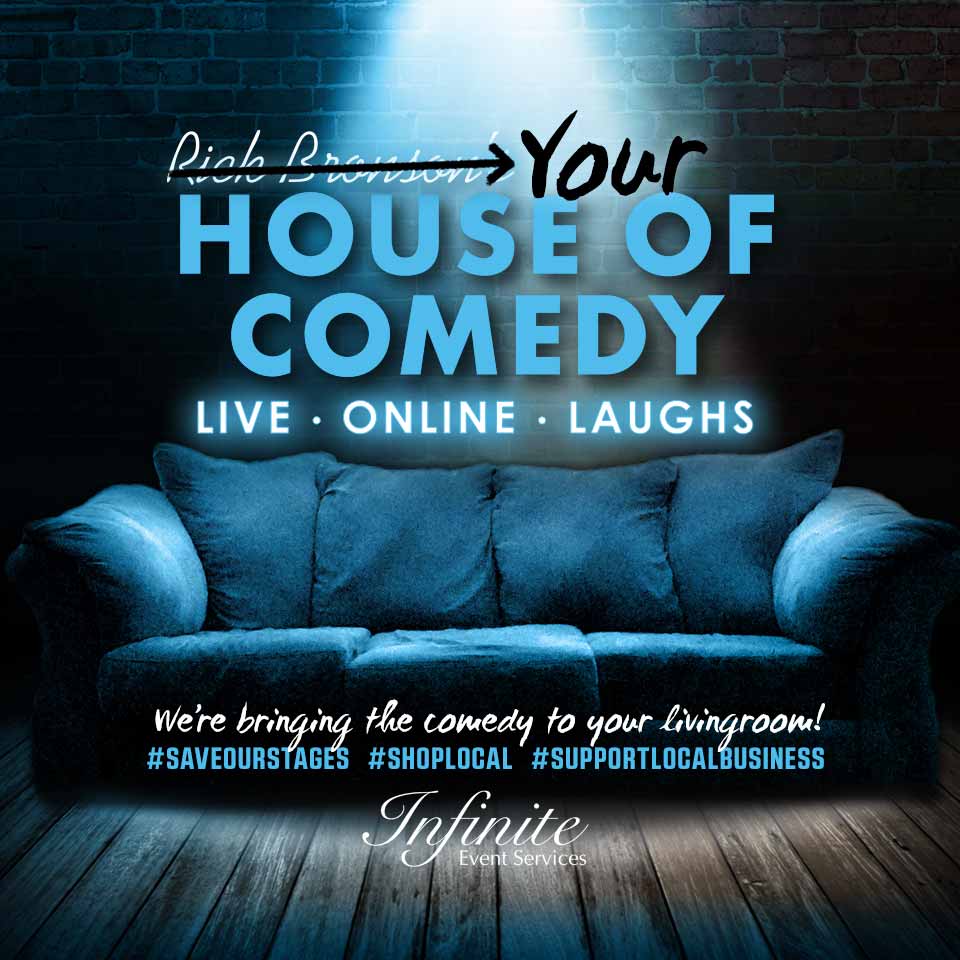 Another online performance from The Comic Strip and Infinite Event Services. See Sean Lecomber Live via Zoom from the comfort of your home. We will also have a special guest MC. With your purchase you will also receive 2 free tickets to The Comic Strip when we reopen for any of our regular performances.