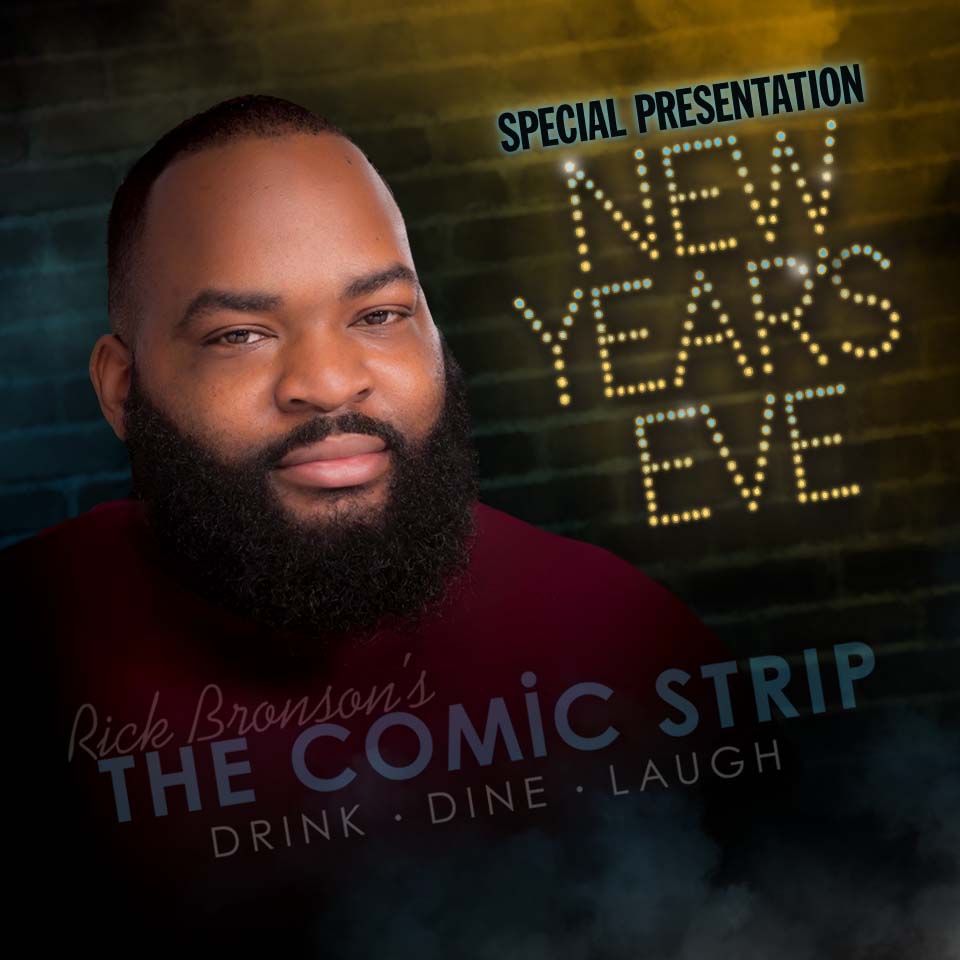 We hope you had a great 2022, and now we would like to help you get 2023 going with some great laughs and fun times at The Comic Strip.

We have 2 showtimes to choose from.

The 7:00pm show is for those who want to get home early to bring in the new year. We have our Dinner and Show option or if you would like to come to the show only that is available as well.

The 10:00pm show is for those who want to celebrate with us at The Comic Strip. The late show will include the following, show ticket, access to our midnight appetizer buffet, party favours and a glass of champagne to bring in 2023.

Isiah J. Kelly was born on September 25, 1991 in New York City, New York. He is a comedian and actor whose been performing since the age of 10.

His credits include: BET, Comedy Central, Showtime at the Apollo, Who’s Got Jokes (hosted by Bill Bellamy), and The Tom Joyner Show, Shaq Comedy All Star Jam, Chocolate Sundaes (hosted by Tommy Davidson) on Showtime, Gotham Comedy Live and the movie Cookout 2. He’s also been featured on the Gospel Comedy All Stars 2 DVD along with his father, comedian Gerald Kelly.

Isiah Kelly began his career at the age of 9 years of age; coming up in the comedy world with colleagues such as comedian J.J. and Brandon T. Jackson; under the tutelage of his father and other iconic comics such as Katt Williams and Mike Epps.

Now, he has a multi-dimensional career and has performed all over the country at the famed Improv and Funnybone Comedy Clubs, Colleges such as SUNY Delhi and Penn State as well as performing as the main act at the world renowned Caroline’s on Broadway.