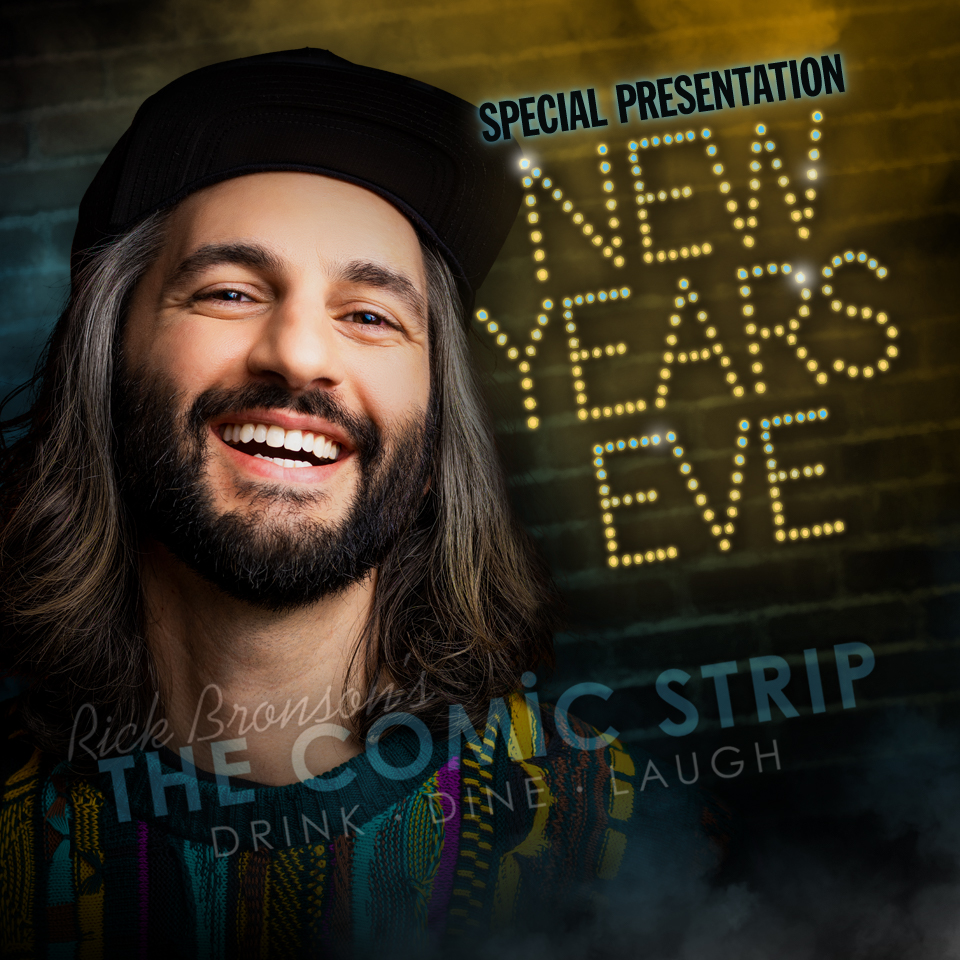 We are sure you want to get 2021 over as badly as we do. What a great way to do it then at The Comic Strip for some great laughs and fun times.

Amir K was a cast member of the CW's MadTV and can also be seen on the MTV prank show Jerks With Cameras. Amir made his foray into film with roles in Ben Affleck’s Argo and Alexandre Aja’s Site on Fox, where he stars as the love interest opposite Ashley Hinshaw.

In addition to acting, Amir is an accomplished comedian who can often be seen headlining Los Angeles comedy venues such as The Comedy Store, Laugh Factory and The Improv. Born in Tehran, Iran and raised in Southern California, Amir’s comedy is a blend of character work, storytelling and improvisation shaped by a multi-cultural upbringing. Amir is fluent in Farsi, Spanish and is known for his incredible accents and impressions.