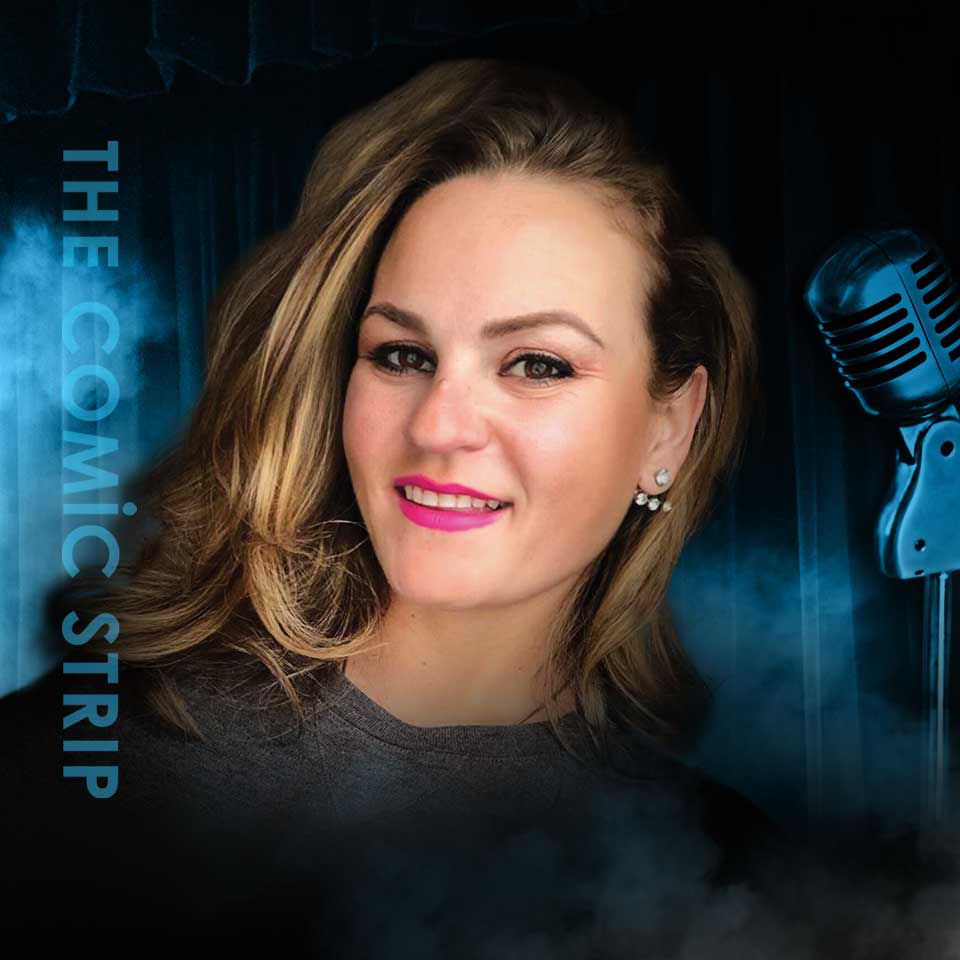 (There is a 2 item min per person in the showroom)

Did you have that babysitter who was the first person to explain what a bikini wax was? She was the one who always snuck into your mom’s scotch, gave you a nip, then had a screaming fight with her boyfriend on your land line, warned you off all men, then the boyfriend showed up and they spent the rest of the night making out on your couch.

Kathleen has been featured on The Debaters, Canada’s Top Comic, Sirius Satellite Radioand performed at the Just for Laughs Festival and Winnipeg Comedy Festival. Oh and she performed with one of North America’s Best Comedians Russell Peters.