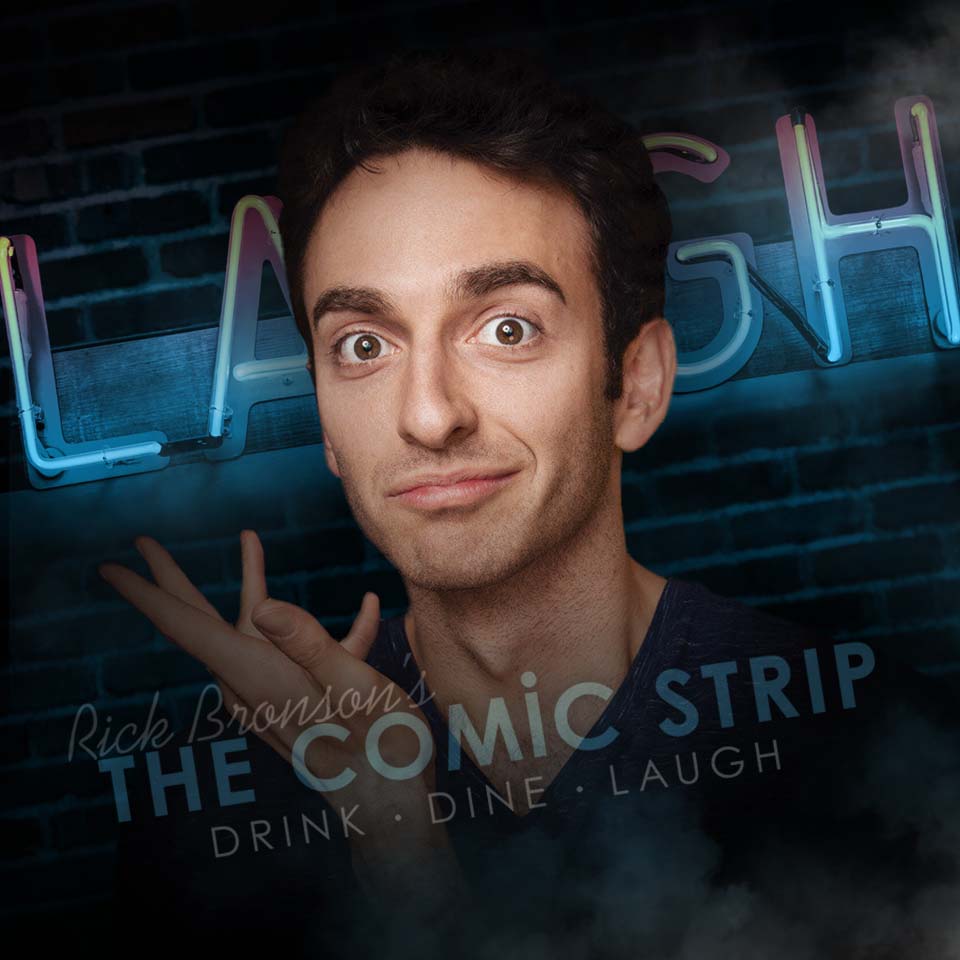 **2 menu item minimum purchase per person in the showroom**

Groups of 6 or more are subject to a 20% automatic gratuity charge. Performer may change without notice.

With a BFA in musical theater and a masters in imagination, he made his television debut on CBS’ Blue Bloods playing Tom Selleck’s waiter, a role he prepared for by actually becoming a waiter for twelve years. Now a nationally touring stand up comedian, Gianmarco is waiting for Jeff Goldblum to get canceled so he can portray him on Lifetime.

While it’s embarrassing to use the word storyteller, Gianmarco has also told tales on the RISK! podcast, The Moth (StorySLAM winner), Suitcase Stories, PBS’ Stories for the Stage, Story Collider and his autobiographical play, Less Than 50%, premiered at the New York City Fringe Festival before being accepted into the Fringe Encores Festival and then receiving a full Off-Broadway run at 59E59 produced by Tony-winner Michael Rubenstein and Robin Milling and directed by Jen Wineman.

Gianmarco has been paid to pretend he’s someone else in the movie Hustlers with Jennifer Lopez, Here Today with Billy Crystal, TBS’s The Last OG with Tracy Morgan, Apple’s Little Voices, CBS’s Blue Bloods, ABC’s Deception and What Would You Do?, A&E’s Unforgettable, Lifetime’s I love You But I Lied, and TruTV’s Hack My Life. He was also the former spokesman for General Electricand Baby Bottle Pop and has done voice over work for GE, Coca-Cola, Audible, and is willing to go on nearly every podcast that asks him.

Gianmarco is a member of the sketch team Uncle Function, which was recently granted a monthly show at the Upright Citizens Brigade that ran for three sold out performances before the entire theater shutdown forever. He’s also the creator of the sketch series Matza Pizza, which lead to Funny or Die greenlighting one of his pitches as an FOD original.

His sketches, tweets, and other writing has been featured in Esquire, The Atlantic, The AV Club, ABC News, The Huffington Post, The Daily Dot, Perez Hilton, Laughspin, Splitsider, Tubefilter, Metro NY (made the cover), Fast Company, and will most likely end up costing him a job at some point in the future. He’s also written branded content for spoiled NYC, Hyperbolic Audio, and South Eastern Washington Help.