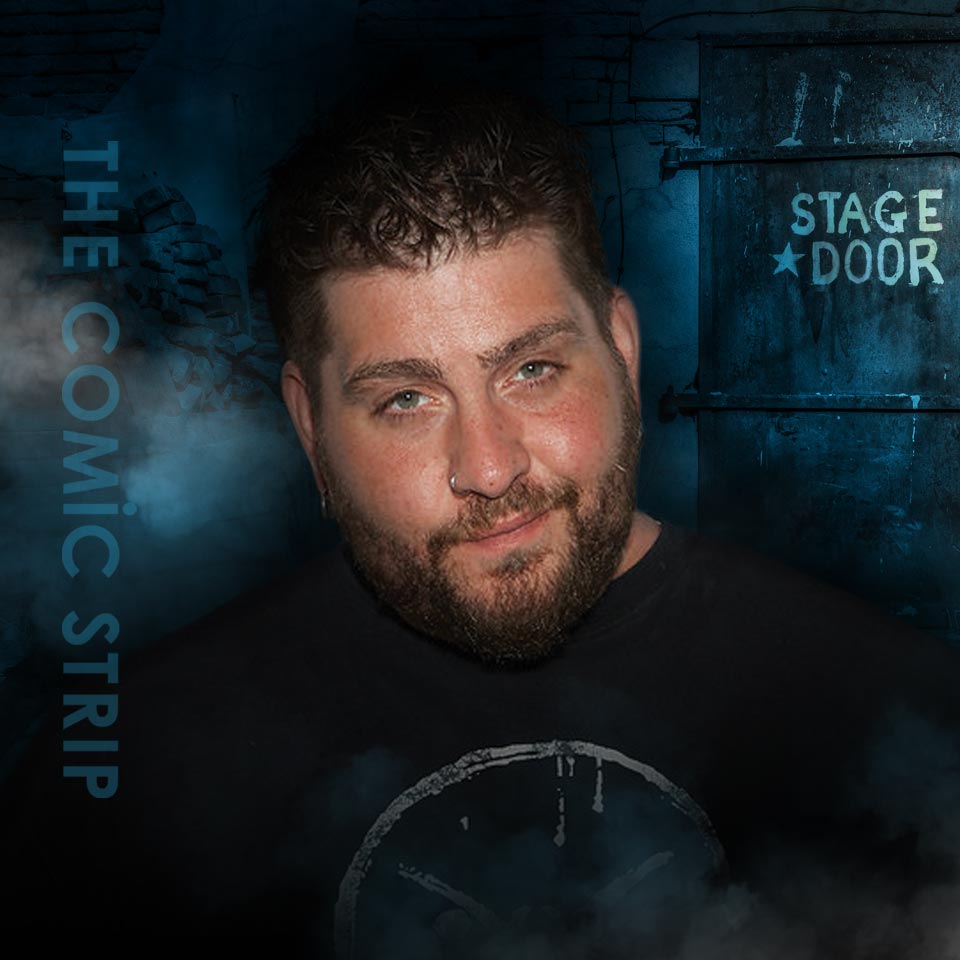 Big Jay Oakerson is one of the most beloved and easily recognizable comedians in New York City. His easy charm and dirty delivery endear him to audiences every night at The Comedy Cellar, The Stand and Stand Up New York. He’s no stranger to the rest of America, either, regularly headlining across the country and playing festivals including Bonaroo, Jager's Korn tour, Rock Star Energy Drink's Mayhem Fest, Gathering of the Juggalos and Funny or Die’s Oddball Festival.  Jay has also recently been featured on This Is Not Happening with Ari Shaffir, Comedy Underground with Dave Attell, FX’s Louie, Inside Amy Schumer, and Late Night with Jimmy Fallon.

This last year, Jay's Comedy Central hour special "Big Jay Oakerson: Live At Webster Hall" premiered. Filmed at the legendary music venue in New York City providing the perfect heavy metal vibe for the show. Jay's comedy is raw, compelling and honest to the core, as he takes viewers on a journey of brutal truths about his relationship with his teenage daughter, sexual tension between him and his best friend Dave and advise to women on how to delicately handle a man with an unfortunate penis size. His second album with Comedy Central Records, The Crowdwork Sessions: What’s Your F@#king Deal?! Recorded in 2013 live at The Stand, it captures Jay’s raunchy, off-the-cuff essence with a full hour of crowdwork. It joins Jay’s first album, An American Storyteller, a one-hour onslaught of unbridled awesomeness and raunchy rock n' roll hilarity recorded at Stand Up New York in 2009.

Oakerson has hosted 2 seasons of "What's Your F@#king Deal?! Crowdwork & Off The Cuff Comedy" on Seeso. Jay asks the audience to let go of pretension and leave egos at the door as he leads a pack of comics in a completely improvised show based on interactions with the crowd. The atmosphere is loose and no-holds-barred, so you'll see a side of the performers you've never seen before.

He is co-host of two wildly popular podcasts - “The Most Offensive Podcast on Earth” Legion of Skanks with Luis J. Gomez and Dave Smith and The SDR (Sex, Drugs & Rock & Roll) Show with Ralph Sutton.  He also the co-host's of The Bonfire on Comedy Central Radio Sirius XM 95 alongside Dan Soder Monday through Thursday 6-8pm EST.

Longtime fans of Jay’s will also remember him as Neil, the sexually ambiguous owner of a NYC rock club, on IFC’s Z-Rock, and from his appearances on Comedy Central's Premium Blend, Comedy Central Presents and Tough Crowd with Colin Quinn. He’s wowed audiences at the  prestigious Just For Laughs Montreal festival an impressive four times, both on The Nasty Show and with his solo show, The American Storyteller. And he’s a fan favorite guest on Sirius XM’s Bennington (previously Ron & Fez).