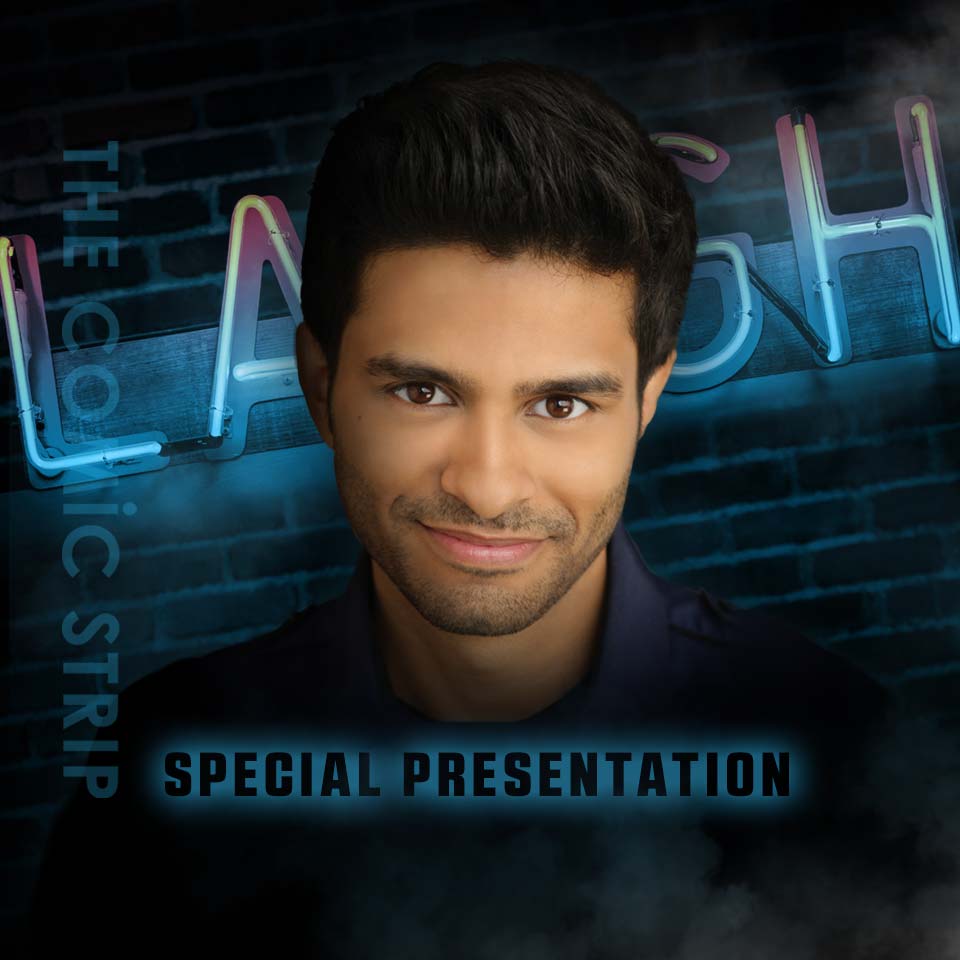 (There is a 2 item min per-person in the showroom)

Asif Ali started his career as a club grown comic & improviser to becoming a bonafide TV/film actor. At a young age, he performed in the U.S. at over 100+ colleges/clubs and internationally in South Asia, Europe, Africa, and South America.

When he is not on stage or touring with his improv group, you can catch him on hit shows such as Arrested Development, Modern Family, The Comeback, and Marvel Agents of Shield. Currently, he is a series regular actor on TBS Wrecked as well as recurring on FOX The Mick this midseason. Asif Ali's rise as a credited standup started after being named one of Comedy Central’s “Comics To Watch” and performing on “Adam Devine’s House Party”. He is also a member of popular digital groups such as “Goatface Comedy” and “Social Musicologist w/ Reggie Watts” which have been highlighted on the LA Times, Huffington Post, NY Post, Gawker, Rolling Stone, Funny or Die, and many other leading online news sources. Asif’s new strategic push is to continue building on all social media platforms.