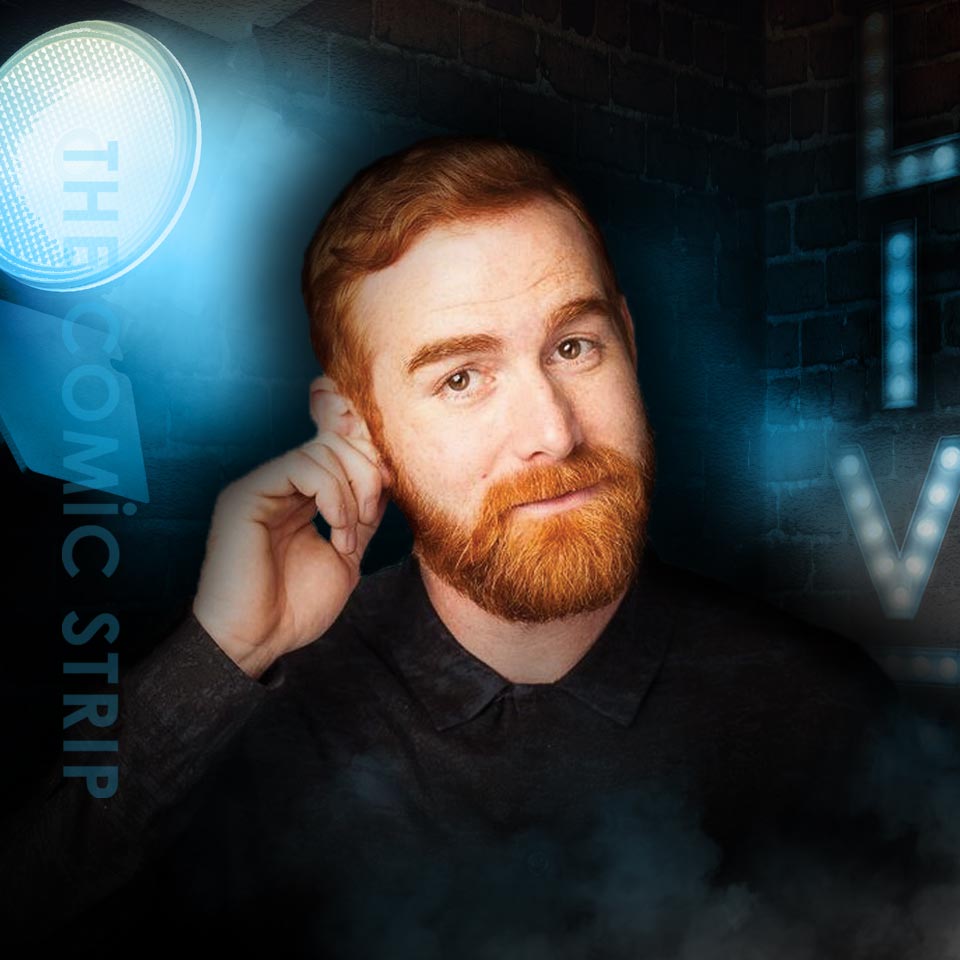 Recently Andrew starred in the Showtime series, I’m Dying Up Here, executively produced by Jim Carrey and directed by Jonathan Levine. He also appeared in Game Over Man written and produced by The Workaholics crew. Previously, Santino was the star of ABC’s comedy Mixology.

Andrew is a frequent guest on the Joe Rogan Experience, seen and listened to by tens of millions of people per year. His Showtime hour-long stand up special Home-Field Advantage debuted in 2017.

His Comedy Central Half-Hour stand-up special was released alongside his debut album Say No More on Comedy Central Records. He made his stand-up debut on Adam Devine’s House Party and since has performed stand-up on Conan and The Meltdown with Jonah and Kumail. Santino headlined at SXSW and numerous clubs across the country.

Andrew got his start acting and writing on the final season of Punk’d for MTV and since then he has guest starred on This Is Us, Adult Swim’s Children’s Hospital, Netflix’s Arrested Development, HBO’S Family Tree, NBC’s The Office, FX’s The League, and HULU’s Deadbeat.